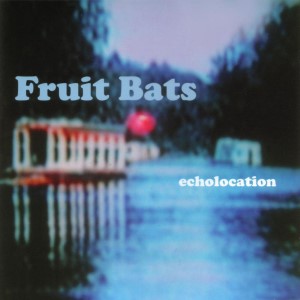 1.    The Beatles – Chains (Please Please Me, 1962) [singlepic id=33 w=80 h=50 float=left]
Although it ended up to be a shuffle dominated by recent music, it flew a long way back to start. This is a 1962 song from the Fab Four’s debut album Please Please Me. It’s actually written by Gerry Goffin and Carole King and was a former hit for The Cookies, before being released by The Beatles as a typical short sixties rocksong.

2.    Fruit Bats – Blue Parachute (Echolocation, 2001) [singlepic id=36 w=80 h=50 float=left]
Fruit Bats is a folk-rock band from Chicago that debuted with Echolocation in 2001. Pleasant album, time to listen to this one again. Tips about their recent work are welcome.

3.    Phish – David Bowie (Junta, 1989)
[singlepic id=39 w=80 h=50 float=left] I discovered this band from Vermont thanks to an American friend that highly recommended it to me. Given the fact that this guy also is a real Deadhead, you get an idea of what to expect in case you never heard of the band. This song (counting 11 minutes) comes from their debut studio album (again!), which contains a healthy portion of improvised jams and prog suites. The band is also known for covering classic rock albums live.

4.    Bright Eyes – At The Bottom Of Everything (I’m Wide Awake, It’s Morning, 2005) [singlepic id=34 w=80 h=50 float=left]
No debut this time, but the sixth album by this indie folk band from Nebraska. This is the opening track, which starts with a spoken recording. See Fruit Bats.

5.    The Avalanches – Extra Kings (Since I left you, 2000) [singlepic id=32 w=80 h=50 float=left]
Another debut and actually the only studio album from this Australian electronic group. Said to be one of the best albums of the 2000’s, should give it another try.

6.    Arctic Monkeys – Fluorescent Adolescent (Favourite Worst Nightmare, 2007) [singlepic id=31 w=80 h=50 float=left]
I could ask myself ‘Where have those guys gone?’, but then I would ignore the fact that I ignored their last albums.

7.    Girls – Saying I Love you (Father, Son, Holy Ghost, 2011) [singlepic id=37 w=80 h=50 float=left]
Californian indie rock band. An album I got this year, as it was praised as one of the best of last year in several lists. Still don’t know about that. This one very much sounds like Elvis Costello.

8.    Echo & the Bunnymen – Crocodiles (Crocodiles, 1980) [singlepic id=35 w=80 h=50 float=left]
Another debut album, from the British post-punkers. I like their classic Ocean Rain, don’t know if I should give this one another try or search for their later work.

9.    Tortoise – Monica (Standards, 2001) [singlepic id=40 w=80 h=50 float=left]
A nice 6’30” lasting surprise from the shuffle towards the end with this song of the post-rock band from Chicago. Standards is their fourth album and truly recommended for all the fans of the genre.

10.     Kyuss – Tangy Zizzle (…And the Circus Leaves Town, 1995) [singlepic id=38 w=80 h=50 float=left]
No better way to close a shuffle than with two and a half minutes of dynamite by this Californian stoner band. Perfect album to blow off some steam.