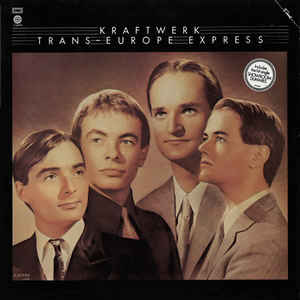 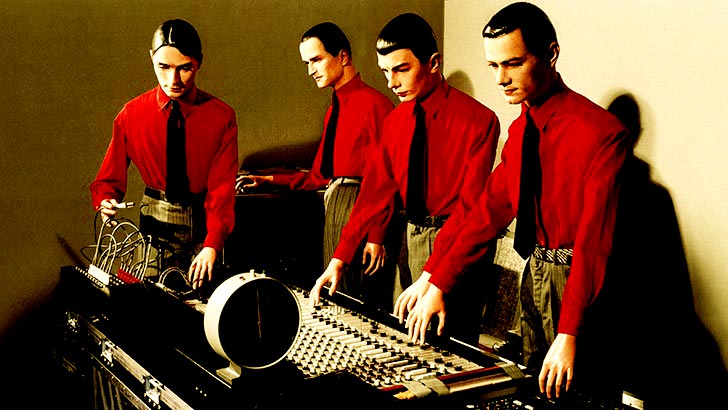 Good morning boys and girls, take your history books out and open it again at chapter 23: ‘Europe: Endless? (150-50 B. OWG)’. Put yourself in a comfortable position and switch your focus to maximum power, as this chapter presents itself as all-comprehensive and will be treated without any break. So Maxine, put away that walkman and listen together with the rest of the group carefully to the following sound fragment.

Sweet. So what did you hear guys? How could you link it with what we saw last week? Mima?

Artificial, fictitious sounds. But nevertheless somehow recognizable. It was not all organic, notwithstanding it did have a certain kind of verve in it… Last time we spoke about how the population in new urban areas started to grow, surrounded by machines and industry. They must have become acquainted with a whole new range of sounds they’d never heard before.

Absolutely. The European continent was developing on various domains at an enormous high pace, one that was never seen before. What you heard was a nice example of cross-pollination, an example of how culture was fed by the economic and technological world it was created in. Those technological innovations of course also greatly influenced the sociological domain, what to think for example about the rise of the high-speed train? You should realize that free of charge flying for everybody was not introduced till 60 B. OWG, so this train really was the first-rate way to visit and discover all those new countries during the early years. Travelling quick from metropolis to metropolis, suddenly it became reality with this miraculous machine. All those borders between all those former different countries seemed to disappear aboard of this train, and the New Europe seemed to be one infinite entity. Nationalities that were at physical war with each other for about 95% of the time during the previous gazillion years, wasn’t it great that they all dissolved in this one, big, promising European identity now? What it certainly promised was prosperity. Prosperity, welfare and an unlimited wealth for everybody. It was the fulfillment of the last part of this promise that proved to become the greatest battle for Europe in the decades to follow.

The continent seemed to wallow in elegance and decadence, which indeed became reality for a certain amount of the New Europeans, while it was destined to remain an imagination for others. At this point, history offered two options: ensure that this balance will be restored again or ensure that the boundaries between reality and imagination become invisible. The last one was picked, supported by the infinite opportunities that the digital revolution now had to offer.

Boys and girls, and this is really important, when a person doesn’t have an awful lot to be proud of or happy about in real life, you give this person a mirror. Obviously this won’t change his reality, but what does it matter when you’ll only have to see and show your reflection? This reflection can be completely adapted to your likings, eventually becoming a totally different result. After a while, it doesn’t matter anymore how you perceive things yourself, but only how others perceive you.

This is exactly where we situate the origins of the so-called ‘dummie-mass’, that would persistently ensure the stability of the young and ambitious continent during the following decades. Called after synthetic dolls that were used to sell certain products and their accompanying ideas, the dummies were considered not to be able to think for themselves any longer. The only thing the dummies were expected to do, was to utter that which was put in first, hereby permanently striving after an enormous uniformity with its congeners. That’s why they often speak about ‘the human being as flawless minimalistic pop-art’ when talking about this era. Are there any questions?

Who actually was the creator of the sound fragment we heard?

Well, the artist was officially never discovered, but according to unofficial research he should have been a pre-European, Austrian composer who lived a quite enigmatic life, as a result of which there’s very little known about him. All right, next week we’ll see how Europe evolves towards 1 B. OWG, with the interchangeable relation between humans and robots and the rise of a new source of power: control of data.

Closing track from Kraftwerks’ seventh and most important album, a miraculous one that sounds like an anachronism in music history. When listening attentively, you can hear the repeating videogame sounds from the first Nintendo (NES, released about five years later) in the background.

I was introduced to this album one year ago and it slowly gained my appreciation from then on. The indie band was founded in Issaquah, a smaller city near Seattle (the towers on the cover being The Westin Seattle), in 1993 during the aftermath of the grunge wave. This is the trio’s second real studio album, time for me to get their third, the even more praised The Moon & Antarctica (2000).

It has been a long time ago since I’ve heard this one. I put on the Doolittle now and then, but this one? However, the band could be considered a forefather of Modest Mouse, certainly on this second album.

A little nostalgia with one of the worlds’ longest standing bands from the Netherlands. It has to be admitted however that this track is really horrible. The band was not in their best shape anymore in that era, but delivered some good songs here and there. (Damn, this song lasts way too long…)

Repeating melody from their seventh album, being completely instrumental. Not really their best one as  I had to conclude afterwards.

Another one I last heard a couple of years ago; this is not going to be a shuffle filled with golden classics. The band  was formed in New York in 1995 and on this album (their sixth, produced by Fugazi’s Guy Picciotto) the band evolved towards a more dreamy sound with Makino’s vocals resembling those of Cocteau Twins’ Liz Fraser.

Record with the explicit late eighties album cover.  It has this strong post-punk sound with strong parallels to Joy Division and Echo & the Bunnymen.

Powerfully built smasher from another one of this bands’ strong albums, being the successor of After Bathing at Baxter’s. Of course the vocals shine again, but especially the pumping drums and bass create the frightful threatening atmosphere on this song.

I see a train and can peacefully go to bed after listening to angels singing. As the album title says in Islandic: Thanks…