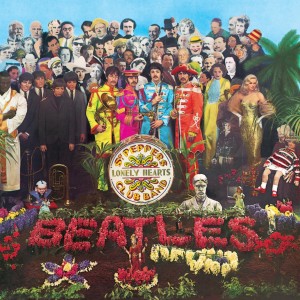 I can’t tell you how I feel, but this wheel’s on fire:

Although not everybody seems to get the cryptical goal of our list, to be sure that you have listened to a certain 50 albums before you buy a house, we continue today with the upper half of the list. Remarkably, the first part of this half is totally dominated by the year 1970, scoring not less than 5/10. Even more remarkable is that Cat Stevens is represented by two different albums from that same year, Tea for the Tillerman (RKH #25) and Mona Bone Jakon (GvZ #23). Also Radiohead is represented by two different albums, both being the second album from the band in each list till now, after OK Computer:

RKH also delivers his second Beatles album with the magnificent Rubber Soul, the reincarnation of the Fab Four. Déjà-Vu and Plastic Ono Band are both albums we found earlier in GvZ’s list at #39 and #44 respectively. In that list Abraxas was earlier found at RKH on #34, and together with Disraeli Gears (added to the 1967 poll), they form an excellent couple of albums to cross the Greek mountains, whether or not you’re thinking about buying a house. More epic vinyl next time.