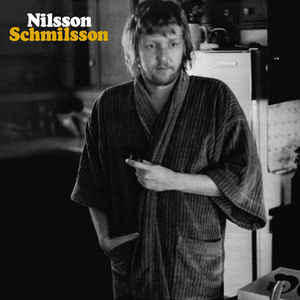 Not in any way obstructed by the open curtains, the bright morning sun suddenly intruded the room very forcefully, and soon put a ruthless spotlight on my face, changing black into orange. Meanwhile, a tiny dwarf seemed to walk through my hair, tapping on my forehead with his tiny hammer in a very accurate rhythm, perhaps celebrating the fact that I’d just successfully eaten an ashtray. Anyway, according to my morning routine I grasped at the spot where my glass of water is likely to stand, but there was no glass, neither a place where it could have been. I had no choice but to open up my eyes, the first thing I saw being the ugly as hell tablecloth that had served as my blanket. Our blanket, as it soon became clear that there was a soaked woman beside me, also reasonably skinny and therefore allowing this small old couch to be our bed. Slowly it began to dawn on me that we eventually ended up in Johnny’s house last night; I got up and chased after some water.

Johnny was already sitting at the kitchen table, in his bathrobe, with a glass of milk and a cigarette. We wished each other good morning by means of a mutual smile that didn’t need any words, I gobbled up half a liter of water and went searching for Paul in the wood breathing house. He was in a room at the backside, lying next to a woman at least twice his age. I threw some water in his face.

P: Richard? … Where the fuck are we?
R: Johnny’s house.
P: Johnny’s house? Who the fuck is Johnny?
R: Johnny Niles!
P: Shiiiiit. Who’s this woman?
R: OK, so at least it’s not your mother. We raised hell with Johnny last night.
P: Shit man, what time is it? I gotta let the people know I’m gonna be late!
R: You go be all you can be, man. We’re in the kitchen.

The kitchen was meanwhile wrapped up in smoke, and Johnny had treated himself with the first beer of the day. I put on the white record that was lying next to his record player and joined him for breakfast. Some minutes later, Paul stumbled in.

P: OK, can somebody tell me what happened last night?
J: So Miss Alzheimer couldn’t remember, could she?
P: Fuck you, Johnny.
R: You called me yesterday evening, asking me if I could drop by. When I arrived, you were howling along some completely over the top seventies production, like a freakin’ teenager, telling me that you could not live without her, that kind of shit you know. You said that she had left once again, and that ‘it was very lonely at the bottom of your existence’, really, really sad, man. So I called Johnny, who just got back from London.
P: Brilliant plan man, for my life wasn’t worth saving anyway?
J: Hey, fuck you man. And apparently, she’s breaking your heart, so fuck her. Man, I brought you my best bottle of whisky.
R: He surely did. It totally got you over it, and Johnny took us for a ride across town afterwards.
P: Great, you really wanted to get me killed.
J: Hey, sometimes an idea is just too good for it to be spoiled by responsibility. By the way, it totally cleared your head. You kept on talking about all those people we drove along, all looking very frustrated, depressed, and even angry, and having nothing to say to each other. We talked about how you could read the problems from all people’s faces nowadays, how tired everybody seemed to be from having to look at each other, diverting their glance when they pass by.
…
Eventually, we drove to the top of the hill to see them all, and the rest of the city, in one view. We had a couple of reefers and from what I remember, I was staring for half an hour at a nocturnal breeze and a lovely moonbeam, chasing each other through the city’s airspace, really fabulous. Could I perhaps offer you something, Paulie? There’s milk, vodka, some beers.
P: Thanks John, but my head is still exploding.
J: Which is exactly why I’m offering. The cause is the cure, man. Take a beer, put some vodka in it and drink it altogether.
P: Well all right. But where the hell do these women come from?
R: We left the car behind at the hill and walked to the valley below. Some people were having a campfire at the lakeshore, so we joined them for a couple of drinks and went swimming with these women. Two of them are sleeping it off in this house now.
J: They took us to some roadhouse bar, where you ran into this, well, very experienced lady. You were really drunk as hell and kept screaming ‘Rock me all night long!’ at her. Shiiit, did I have good laugh out there. You know Paulie, back in her youth, let’s say the early fifties, those things still had a completely different meaning.
…
R: Shit man, is he really throwing up in your sink?
J: Fuck that, gimme a cigarette.