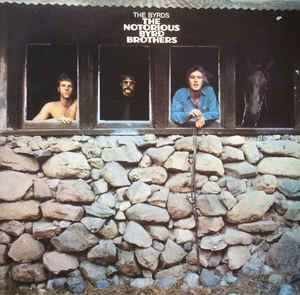 We’re still in the middle of our ‘basics’ and here’s our second Beatles album already. This is explicable by the fact that their oeuvre is essential for exploring rock history. And the fact that I love them, obviously. I talked about their last album earlier, when they had developed as a mature band already, exploring their limits as talented musicians. We’ll now return to the point where they were ‘growing up’, to Rubber Soul. The announcement of what would become a legendary sequence of albums from the world’s biggest band.

It was 1965 and the world had just experienced ‘Beatlemania’, a sort of mass hysteria around a band that dominated the charts with one hit single after another and was touring all over the world. With Rubber Soul, this band decided to record an album in a period without touring. This resulted in a number of technical innovations which can be found throughout the album, going beyond the traditional instruments of a rock band. Besides, The Beatles were heavily influenced back then by American acts like Bob Dylan (lyrically, moving from positive love stories to more abstract notions of love and even negative portrayals) and The Byrds (musically, absorbing elements of folk rock).

Let’s just run over this gem. The album is opened by McCartney’s ‘Drive My Car’, an awesome upbeat track on which McCartney actually plays the guitar solo and Harrison the bass part. It’s followed by ‘Norwegian Wood’, a pioneer song concerning the introduction of non-Western instruments in a pop song, as Harrison plays the sitar on this one. His interest in this instrument was stimulated by Harrison’s friend David Crosby, who was a big fan of Indian music. ‘You Won’t See Me’ was the Beatles first experiment with a song lasting longer than three minutes and ‘Nowhere Man’ was among the first songs that were unrelated to romance or love whatsoever, doors that were opened by Dylan on Highway 61 Revisited.

What follows are the two really rocking tracks from the album: ‘Think For Yourself’ and ‘The Word’, according to the legend the first song Lennon and McCartney wrote after they had smoked pot. Side one of the original LP is closed by ‘Michelle’, an oh so typical poppy love song of McCartney.

Side two starts with ‘What Goes On’ and ‘Girl’ (Lennon’s own version of Dylan’s ‘Just Like A Woman’?), after which a real musical orgasm starts. ‘I’m Looking Through You’ is one of my personal McCartney favorites and is followed by an all-time Beatles favorite: ‘In My Life’. This is pure beauty in it’s simplest form, including an awesome baroque piano bridge in the middle of the song. ‘Wait’ was initially recorded for their previous album Help!, but was released on this one because they were one song short with the release deadline looming.

Another personal favorite is Harrison’s ‘If I Needed Someone’. You can very clearly hear the musical friendship between Crosby and Harrison on this song: it could have been released on a Byrds-album without anyone noticing. Besides, it’ s the only song from Harrison The Beatles ever played live. The final track is ‘Run For Your Life’: a slight preview of what Lennon was about to write during his solo career with ‘Jealous Guy’. Maybe he just wanted to write a remake because of the fact that this song was one of his least favorite Beatles songs.

Certainly check out this one if you liked Abbey Road, and also if you didn’t: Rubber Soul shows us The Beatles as a developing band, but still in a pure form. Maybe the album will inspire you to great things, as it did to Brian Wilson as he started to record Pet Sounds after hearing Rubber Soul for the first time.

Last week I spoke about the Eagles’ masterpiece which predicted the end of an era. We travel back in time this week, to 1970, when Crosby, Stills, Nash & Young launched Déjà Vu, marking one of the highlights of this same era. Crosby, Stills & Nash had debuted the year before with their self titled album, and on this second one they were joined by no one less than Neil Young.

In this way, ‘CSNY’ was one of the first supergroups, consisting of individual members who had been successful with their own bands before. David Crosby was one of the prominent members of The Byrds, Graham Nash was in the ‘British Invasion Group’ The Hollies and Stephen Stills and Neil Young played in Buffalo Springfield. The way they formed CSNY is an excellent example of how all musicians were intermingling in California during the seventies.

Crosby and Stills left their bands first in 1968, and started to jam together now and then. Crosby ran into Nash (who he already knew from his tour in the UK in 1966), when The Hollies were performing in California. They improvised a song with the three of them at a party at Mama Cass (Mama’s and the Papa’s) which convinced them of their vocal chemistry. Neil Young joined the trio after their first album, after he also arrived in Laurel Canyon. Just like The Eagles, CSNY were famous for their vocal harmonies, but very intricate sometimes, making Déjà Vu my personal favorite westcoast album.

The personal history of the individual members had a great influence on the recording of this album. All four of them (Nash to a lesser extent) had difficult personalities which would often lead to interpersonal problems. That’s why all songs, except for ‘Woodstock’, were recorded individually by the member who had written it, the other guys contributing what was needed from them afterwards.

Just like the CSN-debut (‘Suite: Judy Blue Eyes’), this album kicks off with an absolute gem full of harmonies from Stephen Stills: ‘Carry On’. It continues with ‘Teach Your Children’, one of the two Graham Nash songs on the album, the other one being ‘Our House’. The first one was inspired by a famous picture of an angry child holding a toy hand grenade in Central Park (NYC). By the way: Jerry Garcia from The Grateful Dead plays pedal steel guitar on this track. ‘Our House’ is about Nash’s short relationship with Joni Mitchell, with Nash’s desire for a monogamous family life in the middle of the free love era. Those were two of the three top 40 singles from the album, Joni Mitchell herself delivering the third one with ‘Woodstock’, which became the absolute anthem of the festival when it was played by CSNY there, being their first public performance with the four of them.

My personal favorite track however is ‘Almost Cut My Hair’, written by David Crosby. It’s basically a song about personal freedom and it’s a rare chance to hear Crosby sing with a very raw instead of a clear voice. Neil Young delivered the oh so typical Young songs ‘Helpless’ and ‘Country Girl’ for the album. Young had just released After the Gold Rush, and his perceptions of the wide marshlands in his home country are still prominent in this songs. Enjoy this masterpiece of musical chemistry.