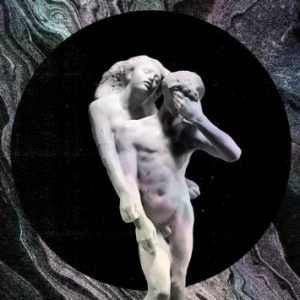 Second and short track from Tull’s second album, on which the bands’ blues rock roots are still strongly present. The Jeffrey who is mentioned is Jeffrey Hammond, the band’s bass player from the later Aqualung (1971) till Minstrel in the Gallery (1975). Ian Anderson of course already knew Hammond from his first band The Blades at the time he wrote this song.

Also the album’s second track, one of the seven genius pieces of music that together form one of the best albums from the past ten years. This song was the last of five that were released as a single before the album came out, containing a nice sample from Scott Walker’s ‘Always Coming Back to You’. Playing this album has become a ritual act on a first summer day.

Getting spoiled with this classic from McCartney following. This debut solo album was released only a week after The Beatles broke up and a month before Let It Be still had to came out. Like other songs on it this one was written for Paul’s wife Linda, with some  great guitar playing by McCartney himself, as he played all the instruments on the album (!). It’s a good album, that was a commercial success (because of the break-up) but one that was badly received by music critics (because of the break-up).

One of the biggest hits for this Belgian rock band, from their strong third album. Their early albums get my attention once a year and after the debut last time it’s time to crash now.

A loyal customer of the shuffle, not playing live this time. This is the opening song from that great fourth album, featuring the band’s most mature sound till that point. Despite the diverse strange influences on that album, the band still rocks in an old-fashioned way on this track built around a great riff written by John-Paul Jones. Vocals and band alternate like the early Fleetwood Mac on ‘Oh Well’.

Not the first time to shuffle the same artist twice within ten songs, but highly unusual. But you don’t say no against an extra McCartney song a day. Great bassline.

Indie rock from Canada, been a while. Third album by this band, mainly consisting of singer Carey Mercer and his wife Melanie Campbell on drums. But on this song it’s the piano playing from Grayson Walker that stands out.

One live song a week is something that’s highly applauded and that’s why the Airplane is welcomed again after last time. Slick and Balin are once again taking up the vocal battle against each other on this psychedelic showpiece, originally from Surrealistic Pillow .

A band I totally forgot about, so time to catch up. A pioneer band, as the 21 separate short tracks that together constitute ‘Fingertips’ (4’35”) on this album were specially designed for the shuffle mode of CD players.

Just like last week, the closing song is again located in the land of the elfs. Little dwarfs are waking up and rub the dew out of their eyes on this beautiful instrumental.

Buying yourself a house is a burdensome decision that a lot of people make at a certain point in their life. This is of course because a lot of things can go wrong. You don’t have enough money to pay off the thing, it burns downs to the ground without having the right insurance, you have to sell your house again as a consequence of your divorce, it’s just not what you expected from it, it can  have a very annoying smell or you just ended up with the wrong house.

Maybe you were about to buy yourself a house but you started worrying after reading the above. That’s exactly the point were European music professors Gerrit van Zwanendonk en Robbe Klein Hofmeijer come to the rescue. Especially for those people but above all for all music lovers in the world, they both compiled a list of 50 albums you must hear before you buy a house. After all, the end of the year comes near, a period in which a lot of people use their bought houses to make lists, to listen to lists and to criticize lists. As such both anthologists welcome you to comment their selections.

Both lists contain one album from the magical album year 1967 (as Odessey and Oracle was actually recorded in1967, before being released in 1968), so we ask you which of those two albums is your favorite and why. Use the poll and comments to give your opinion about it.