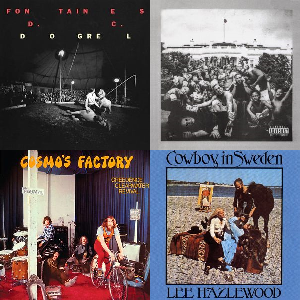 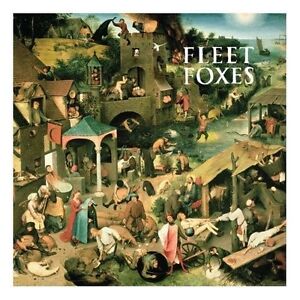 Going up in our lists with another fine selection of records this week. We ran into some of them already, like The Magnolia Electric Co and Tea for the Tillerman, which are shared by DOK and RKH. The lists of GvZ and RKH to the contrary barely have anything in common to this point, best illustrated by their number of albums from  the sixties: 13 versus… 1 (The Velvet Underground & Nico).

However, a similarity shows up this week, as both professors present one  of their top ten albums from last year, dropping into the lower regions. The Beatles’ Rubber Soul is one of them, together with DOK’s Sgt. Pepper being the first albums from the Fab Four. Another remarkable choice: the legendary Thick As A Brick, a personal favorite from the local record magnate. Has the 50 Albums you must hear before you buy a house recently become a victim of a powerful lobby?

Time for another 15 timeless records with the next section of the 50 albums you must hear before buying yourself a house, with a lot of albums from the past decade this time. We run into Funeral and The King of Limbs again, while also Songs:Ohia, Queens of the Stone Age, Animal Collective, KORT and Wilco’s excellent Yankee Hotel Foxtrot (twice) gain a spot in this weeks lists.

Last poll asked whose vocal harmonies you like best. The B-bands happened to be clear favorites, as The Beatles won the vote before The Beach Boys and The Byrds. With the new poll you can give your opinion about your favorite George Harrison composition.

Buying yourself a house is a burdensome decision that a lot of people make at a certain point in their life. This is of course because a lot of things can go wrong. You don’t have enough money to pay off the thing, it burns downs to the ground without having the right insurance, you have to sell your house again as a consequence of your divorce, it’s just not what you expected from it, it can  have a very annoying smell or you just ended up with the wrong house.

Maybe you were about to buy yourself a house but you started worrying after reading the above. That’s exactly the point were European music professors Gerrit van Zwanendonk en Robbe Klein Hofmeijer come to the rescue. Especially for those people but above all for all music lovers in the world, they both compiled a list of 50 albums you must hear before you buy a house. After all, the end of the year comes near, a period in which a lot of people use their bought houses to make lists, to listen to lists and to criticize lists. As such both anthologists welcome you to comment their selections.

Both lists contain one album from the magical album year 1967 (as Odessey and Oracle was actually recorded in1967, before being released in 1968), so we ask you which of those two albums is your favorite and why. Use the poll and comments to give your opinion about it.