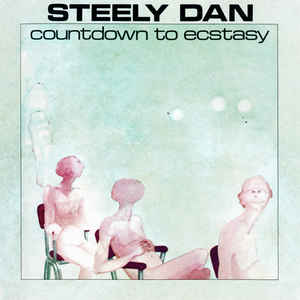 1.    Morrisey – At Least I am Born (Ringleader of the Tormentors, 2006) [singlepic id=75 w=80 h=50 float=left]
The shuffle is majestically opened by the closing track (nice title to conclude an album with) of Moz’ eighth solo album. Last time I spoke about Morrisey I wondered if I would ever get into his solo works. Well, that question is meanwhile answered, since You Are The Quarry stayed on my mp3 for a couple of months. Beautiful album full of fantastic lyrics from the ever cheerful Briton.

2.    Simon and Garfunkel – El Condor Pasa (Bridge over Troubled Water, 1970) [singlepic id=78 w=80 h=50 float=left]
The delightful intro transports me into this song from the last S&G album. From the fantastic album year 1970, although we lost both The Beatles and those guys in that same year. Luckily for us, the music was saved and the solo albums that followed were sweet.

3.    Franz Ferdinand – 40’ (Franz Ferdinand, 2004) [singlepic id=72 w=80 h=50 float=left]
Quite a brutal transition to the guitar driven song from this debut album. I actually kind of forgot how mature this band already sounded at that point. Pity that they didn’t go through with it on their later work.

4.    The Who – Cut My Hair (Quadrophenia, 1973) [singlepic id=80 w=80 h=50 float=left]
Track from an album I discovered only a couple of months ago. It didn’t convince me immediately, time to further unravel this riddle.

5.    Quicksilver Messenger Service – Where Do You Love (Happy Trails, 1969) [singlepic id=77 w=80 h=50 float=left]
Psychedelic rock with  a piece from the ‘Who Do You Love’ suite. Lot of picking and improvising. Definitely an album that also gets its second chance.

6.    Quicksilver Messenger Service – Light Your Windows (Quicksilver Messenger Service, 1968) [singlepic id=76 w=80 h=50 float=left]
That’s at least what I had in mind, because the shuffle does something extraordinary this time: it switches right away to the previous album of this band, the other one in my collection. Since this one pleased me the most till this moment, it’s this one that gets its second chance first.

7.    Genesis – I Know What I Like (In Your Wardrobe) (Selling England by the Pound, 1973) [singlepic id=73 w=80 h=50 float=left]
When the first sounds of this masterpiece blow through the speakers subsequently,  a spontaneous smile appears on my face. It were without any doubt the best four minutes of the day. Me, I’m just a lawnmower, you can tell me by the way I walk. From the best album of all time.

9.    Leonard Cohen – Sing Another Song, Boys (Songs of Love and Hate, 1971) [singlepic id=74 w=80 h=50 float=left]
And we’re moving one year back in time again with Leonard Cohen. He’s gonna sing another song and makes it a long one with a sing along outro. So everybody join in before we close this week’s party with…

10. Sonic Youth – Master-Dik (Sister, 1987) [singlepic id=79 w=80 h=50 float=left]
… some screaming guitars from the late eighties. This is from the album that precedes the famous Daydream Nation. Apparently it happens to be a CD bonus track that didn’t appear on the original album. This is the last one I’m gonna relisten the next couple of weeks.

Followed by: Countdown to Ecstasy (1973)

We move away from hard rock this week, with the antithesis of seventies bands like Led Zeppelin, Deep Purple and Black Sabbath. It’s up to the jazzy instrumental magicians Donald Fagen and Walter Becker this week.

Those guys are the core members of the American band Steely Dan. They accidentally ran into each other, noticed they listened to the same jazz music and started a band. They found a proper band name in Burroughs’ novel Naked Lunch, featuring a strap-on dildo called ‘Steely Dan III from Yokohama’. For the title of their first album they were instead inspired by Bob Dylan: ‘Can’t Buy a Thrill’ is a lyric from ‘It takes a Lot to Laugh, It Takes a Train to Cry’ on Highway 61 Revisited, remember that one? On the album cover you can see prostitutes in a red light district, waiting for clients.

But the most important question remains: how does the music sound? It sounds marvellous. Steely Dan were the kings of the studio: everything was refined a gazillion times after recording and after a few years they didn’t tour anymore to concentrate on studio albums. Maybe it all sounds a little too smooth at first, but after a while you realize this is just superb craftsmanship.

The album has a perfect opening track: ‘Do It Again’. This is one of those songs you feel like knowing for years already. This song must have the best tempo ever and features  a great solo on electric sitar. Besides, it’s a perfect example of typical Steely Dan lyrics. No societal complaints or whatsoever, but just telling stories of all kind of persons, ranging from a naïve lover to some slumdog, like the gambling addict in ‘Do It Again’.

Subsequently, you’ll hear David Palmer do the lead vocals on ‘Dirty Work’ and ‘Brooklyn’. Palmer also sang the other songs live during live gigs, as Fagen refused to, but he left the band after this album. The first part of the album is concluded by the beautiful pop songs ‘Midnight Cruiser’ and ‘Only a Fool Would Say That’.

The second part starts furiously again with the radio classic ‘Reelin’ In the Years’. The guitar solo on this track is well-known as favorite solo of all time for Led Zeppelin’s guitarist Jimmy Page. Not that big of an antithesis after all than? Well, Dan’s second album Countdown to Ecstasy, kinda was a flop and according to Becker and Fagen this was due to the fact that they had to rush-record between several tour dates. Compare that with Zep’s second album I spoke about last time.

A last word of appreciation goes to the song ‘Fire In The Hole’, with the tremendous piano playing of Donald Fagen. It starts with the brilliant intro an ends up with a delicious solo. This song proves that a piano should be an essential instrument in every rockband. Check it out and decide whether you like it or not!

Top Tracks:
1. Do It Again
2. Midnight Cruiser
3. Reelin’ in the Years