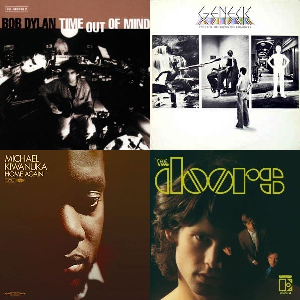 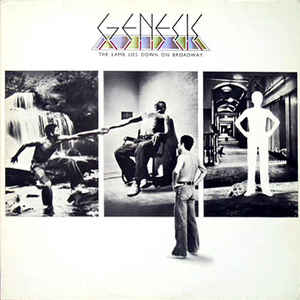 She’s well acquainted with the touch of the velvet hand, like a lizard on a window pane:

Since the world did not explode for no reason this morning, we continue with our lists of all-time best albums. As the year approaches its end, we approach the absolute top of those lists, presenting #15-11. Mister Hofmeijer brings along his seventies record collection, while mister van Zwanendonk presents you the record that can ultimately give meaning to your dark winter weekend, Genesis’ Lamb:

Hofmeijer first offers Rumours, a perfect album to listen to while playing some cards, for example on the terrace of your private appartment in the middle of a Greek beach. After that we fly to the planet of joy with the Electric Light Orchestra once again (GvZ: #16) in the same year. Another album we met earlier (GvZ: #36) is Talking Heads’ masterpiece Remain In Light, an album you can talk about during a complete holiday without even playing it, can you figure.

While I’m still wondering what’s going on on #12, you can notice his second Dylan album on top. This is truly one of his favorites, as he personally brought his Desire to Poland to satisfy it right there. Well known for being a huge fan of  Blood On The Tracks, we may even expect that this is not the last Dylan album in his list.

Having a look at the other list, we meet the best friend of your headphones: The Lamb Lies Down On Broadway. Feel free to experience the melody rollercoaster yourself while listening to the adventures of Rael, right here. The next one perfectly illustrates that the masterpieces are following one after another now; it was all worth it, Brian. In Rainbows is the third Radiohead album in this list, and was found earlier at Hofmeijer’s one  (#22). Another band delivering his third album is Pink Floyd with one of rock’s true classics. The end of this week is symbolically illustrated by the end of the Fab Four on #11, but I’m sure we’ll see them again very soon. Have a nice weekend and keep the end of the end in mind:
And in the end, the love you take is equal to the love you make.