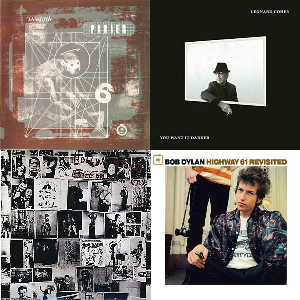 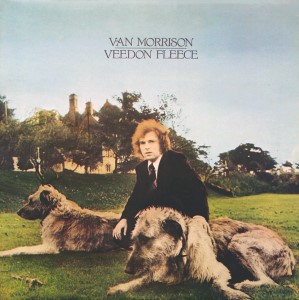 I already ran into him on the first day of my stay, during a short hike around the guest house, the first evening after arriving. It approached me against a background of nightfall and lush broadleaf trees, this bowed silhouette with large, black hat. I politely saluted him ‘Good evening.’ (greeting passers-by is always one of the first social corrections a city dweller makes after leaving his natural habitat), and it grumbled something incomprehensible.

I saw him again the next morning, when he shuffled into the breakfast room. He queued up, decorated with black sunglasses, looked down when the waitress was serving his British delicacies, and growled something when she asked if the gentleman would prefer two or three sausages. He seated at the table next to mine and started the processing of his plate carbohydrates. A short break was inserted halfway, when he took a sip of his coffee and asked me without giving a look: “Here for hiking?”. “Mainly for the pretty women”, I said while nodding towards the table opposite to ours, where a number of devouring creatures had plumped down, whose ancestors were at the time wisely left behind on the island by the Vikings. He looked at me, as far as that was possible from behind the sunglasses, and something that could pass for a smile appeared on his face. “If you would like to make a long hike, I leave one hour after breakfast”, he said.

One hour and eighteen minutes later, I was waiting at the entrance of the guest house in my comfortable hence completely tasteless outfit, when the former shadow appeared. The black hat, dark sunglasses, long coat and black boots passed me by without a word and after a brief moment of astonishment I started to follow him. The glorious woods of the Green Country were reached quickly due to his high pace, and I took the risk of asking a question. Yes, he was indeed well acquainted with the area, already coming here in his youth, lying around the river on cool summer nights. I was still trying to paint that picture in my head, constantly walking one meter behind him, while he deliberately told more. How he kept returning here with friends and women, offering them the perfect setting for endless conversations about literature and poetry. Countless times had he walked these tracks with a girlfriend of that time, who he had met during one of his sparse social escapades at Miss Lucy’s. I’d already read about this place and its notorious binges in the brochure that the owner of the guest house had given me, being mentioned as one of the main attractions in the region. However, she left for the US to pursue a career in show business and he’d never seen her since.

After a while we arrived at a small crossroads, where he decided to have a short break, not fully to my dismay considering the shape I was in. He asked where I was from. “From the city”, I said. He repeated those last two words, but this time accompanied by a cynical undertone, while he offered his whiskey flask. “I also lived in the city for a while. Never liked it. Too many people that I actually didn’t want to get to know, in an environment that is completely constructed on reason and ratio. Never a proper view at the stars, too much light.”… “I always remained a stranger in my own town, got the feeling that I could no longer trust anyone after some affairs. Danish or sandwich?”. I opted for the danish, we carefully ate our lunch in silence, he blew his nose and grumbled “Geronimo” before taking off again.

I was taking in the astonishing nature and asked my guide after the length of our undertaking, initially answered by some silence. “People waste too much time by asking too many stupid questions. Just make sure you reach a point where you learn something you’ll remember the rest of your life. What’s your greatest sin?”, he asked.  “A general disappointment in the entire humanity”, I said. The Hat remained silent, while The Boots drudged on through a long mud trail. The next hill (up and down) was also consumed in silence, he just looked behind him once, and like if he was amused by the visibly weary look on my face, he started to whistle while accelerating just a tiny bit.

He sipped another time in the valley and he actually started to talk again. “When distrust becomes destructive, it manifests itself as the impossibility to appreciate anything at all. Those people end up as collector’s items in museums that nobody visits.” We walked on and I hoped for another short break when he opened up his bag again, but that proved to be wishful thinking when he handed over a last snack while carrying on. “Always remember that you’re part of humanity yourself too, so there must be something good about it.”, he said while our path met the river again. He stopped and spoke: “We’re at your point. To get back home again, you just keep walking alongside the water for about four miles. It’s not the shortest way, but the river doesn’t mind.” He shook my hand, tipped his hat and wandered back into the woods.